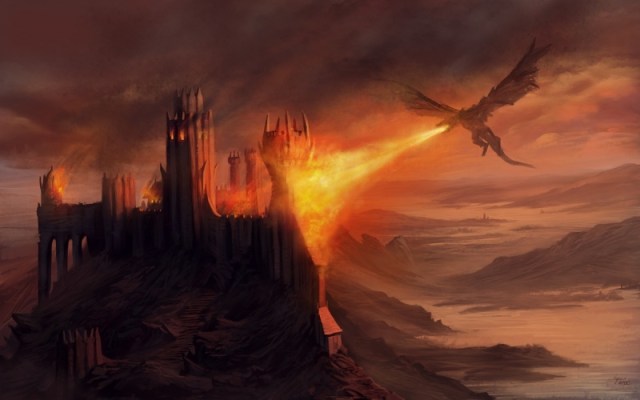 New escape room: Game of Thrones is back

Seven Kingdoms, Iron Throne, dragons and a curse. Do you already know what we are talking about? No, John Snow is not coming back, but it seems that the Game of Thrones craze is far from over. The last season saw the light on the night of April 14 to 15, 2019 and, almost two years later, we want to remove its past as we know how best to do it: playing and having fun online. But this time we are not doing it alone, the new escape room that we bring you, called “Aegon and the Free Cities”, is made in collaboration with Lucus Escape Room (by the momento, only in Spanis), an escape room physically located in Lugo (Galicia).

The so-called “Curse of Valyria” caused the loss of the most advanced civilization in the world, with all that this implies, but the most painful thing was the disappearance of the dragons. It seemed that it had been the end. A century later, the only surviving remnant is the Targaryen family, settled on Dragonstone. There is the protagonist around whom this story will revolve: Aegon Targaryen, youngest son of Prince Rhaegar Targaryen and Princess Elia Martell, declared the rightful heir of the Seven Kingdoms and pretender to the Iron Throne.

It may be that, at this point, the story begins to sound more familiar to you, but this is not going to be a mere repetition of what you saw on HBO. We go even further back in time. Valyria also left what are now known as “The Free Cities”, nine cities, each with an independent government, located on the other side of the Narrow Sea from Westeros.

Volantis, the oldest, was the first colony of the Freehold of Valyria. Considered the legitimate rulers of the world, the citizens of this city fought against other people and their fleet took Lys and their Myr army. Far from being content, they also extended their authority across southern Rhoyne.

Aegon, aware of all the history that this involves, receives a visit from an emissary of Volantis, with the request for him to join his cause to take Tyrosh, another of the Free Cities. Our protagonist declines the offer and sees how, impassive to his position, Volantis tries to take Tyrosh, but in vain. It is now that Aegon will need your help as he receives new visitors to form an alliance and fight against the tyranny of Volantis.

To immerse yourself in this story you will only need paper, a pen, approximately 30 minutes of your time, an Internet connection and many, many desire to reach the end in the shortest possible time.

This is just the beginning of a fascinating story that deals with a current theme for all those curious who want to investigate more about this saga. From Lumi Pakele we have taken care that you continue investigating and analyzing this story and this is how, once you make the escape room online, you can go to “Lucus Escape Room” with a 5% discount using a code that will be generated once you finish the game. For all those who, due to circumstances, cannot approach in person, this escape room offers the possibility of doing so through Live Cam.

The possibilities offered by the online world today are very wide and that is why from Lumi Pakele we offer collaborations with physical escape rooms. If you are interested, send us an email to [email protected]